This outline, which is currently little more than a chronology, will introduce the operations and battles of the 51st Highland Division in World War One and, it is hoped will gradually be expanded to provide more comprehensive accounts. As examples, brief accounts of High Wood, Battle of Ancre and Beaumont Hamel, and Arras have been included.

When it was raised as part of Haldane’s reforms of Territorial and Reserve Forces in 1908 the Division was originally called the 1st Highland Territorial Division.

An extract from 'History of the Great War – Order of battle of Divisions Part 2a' detailing the Mobilization, Battles & Engagements from 1914 to 1919. 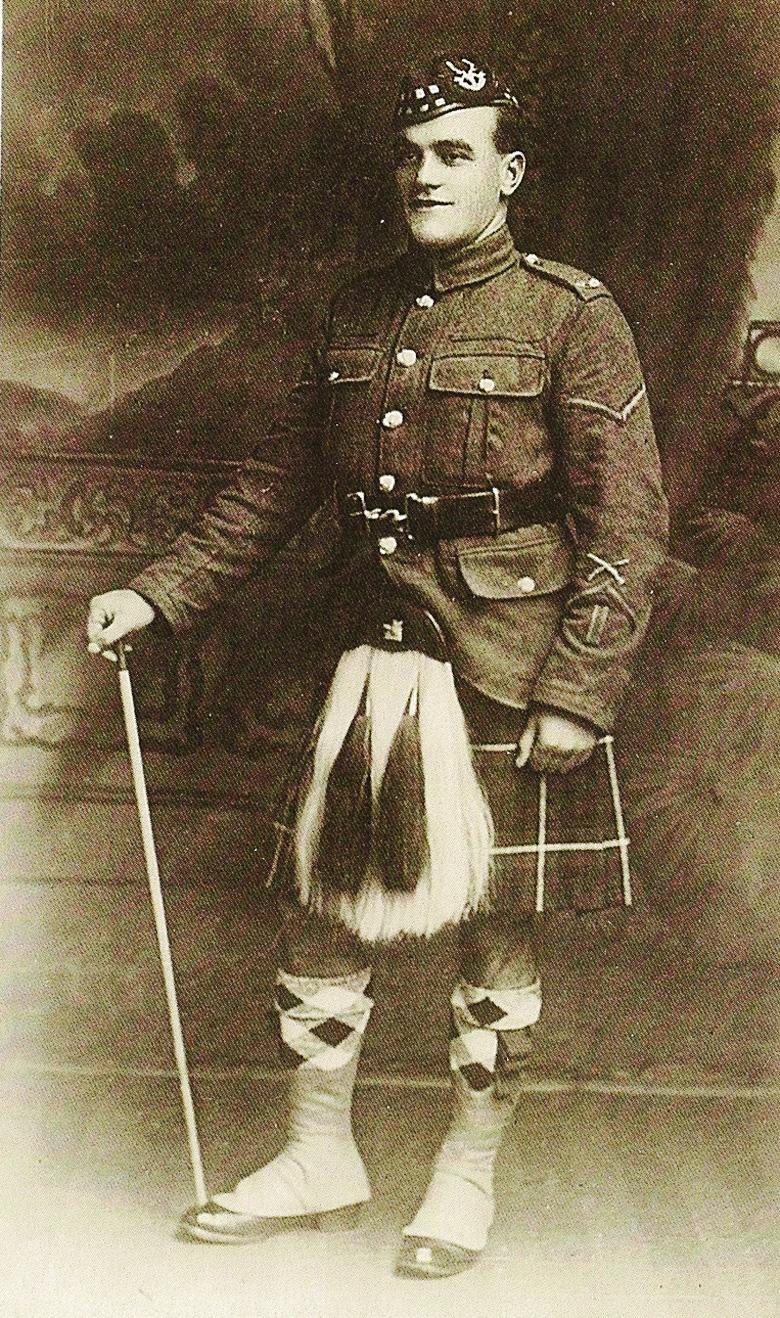 Solider of the Seaforth Highlanders, c.1914

After orders to mobilize on 4th August the Division moved south to concentrate in the area of Bedford. The Division's composition at this point consisted of :

In the intervening months before the Division was deployed to France a number of the original units were taken out of the Division and deployed.

Warned for France on 13 April 1915 the Division moved via Southampton and Folkestone and was complete in France by 5 May. At that point, on 11 May 1915, 1/1 Highland Division was renamed 51st Highland Division. At the same time the brigades were renumbered 152nd (Seaforth and Camerons), 153rd (Gordon Battalions) and 154th (Lancashire Battalions). The Brigade numbers, but not the names in brackets) would be retained by the Division thereafter.

The Brigades were composed of the following:

At the end of May to 2/5th Lancashire Fusiliers were relieved by 6th Scottish Rifles who remained with the division when the second fifth returned. 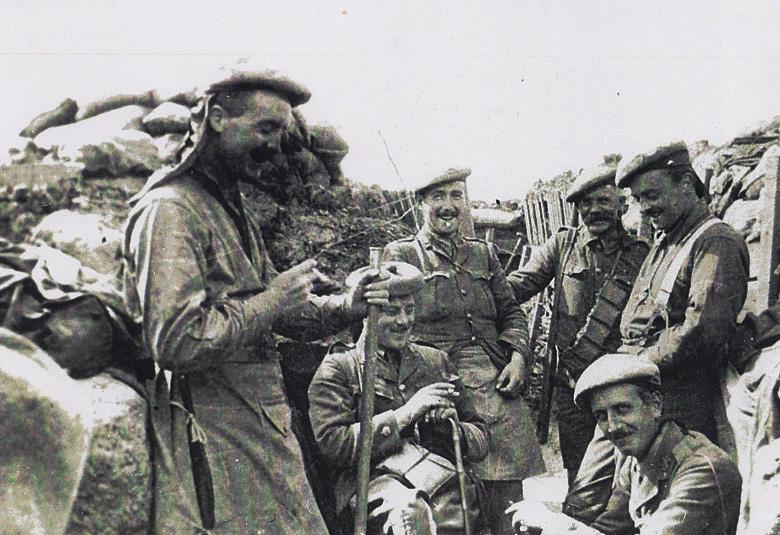 On 19 May the Division relieved the 2nd Division, part of 1st Corps, which had advanced to the Le Quinque Rue-Bethune road and were consolidating their position. This was the Division’s first experience of digging into the Flanders mud where one could not dig down sufficiently because of the water and had also to build up breastworks to provide protection. On 30 May the Division was reassigned to the IVth Corps. Plans were made for the Corps to attack the German positions from Chapelle St Rochalong the Rue d’Ouvert.

The Division fought at Festubert in May and Givenchy in June.

In September Major General G M Harper took command of the Division and remained as GOC until March 1918.

At the end of the year the four English battalions of 154 Brigade left to go to the 55th Division. The 6th Scottish Rifles were reduced to cadre strength and sent back to their base which left 154 Brigade to be reconstituted with 4th Seaforth, 4th and 5th Black Watch and 4th Camerons. 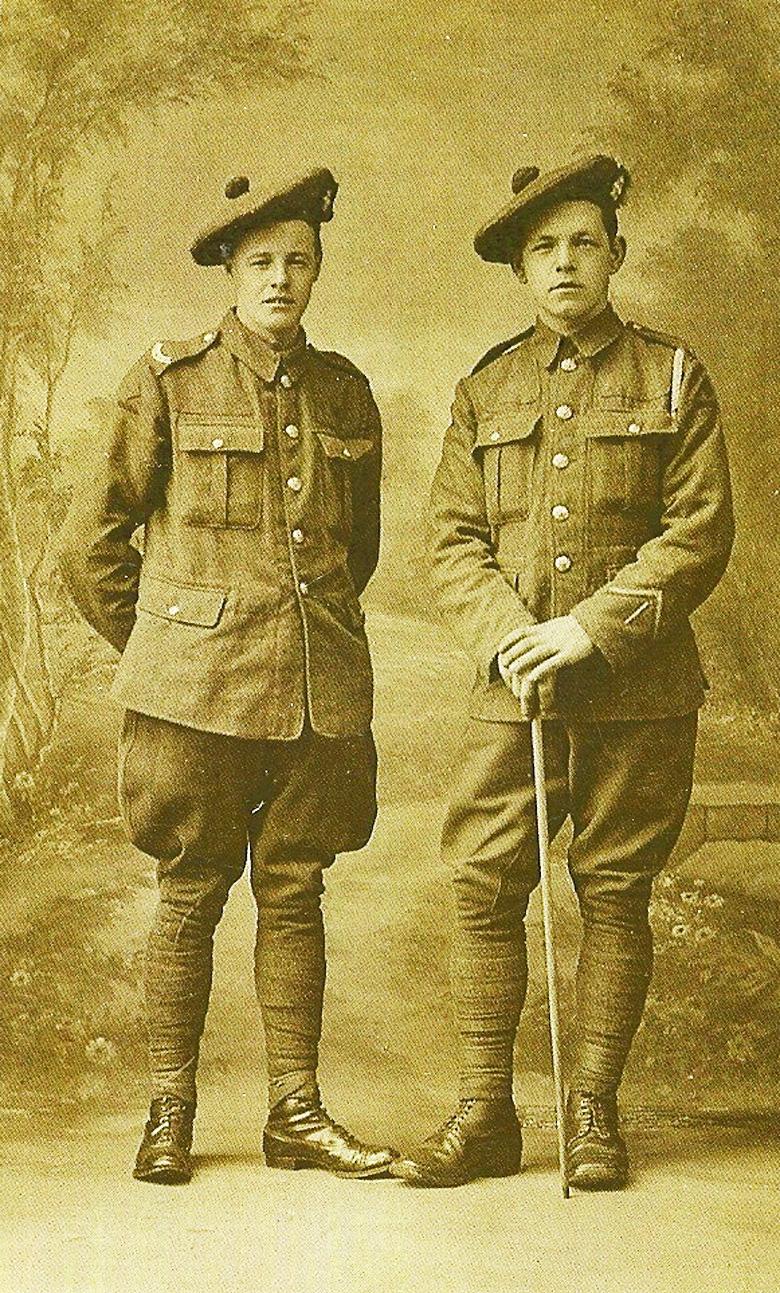 From the collection of Bob Marrion.

In March the Division went into the line from Neuville St.Vaast to Roclincourt During this period, assailed by mines and follow on attacks the 1/6th Argylls had to be withdrawn from the Division because of devastating casualties. 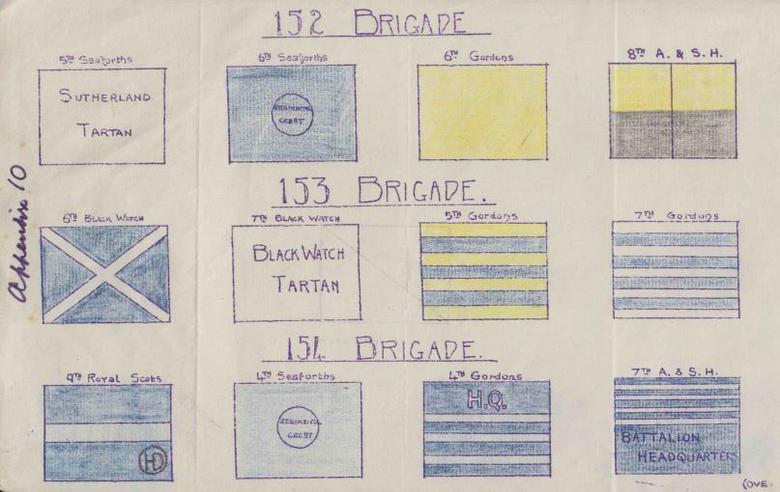 Battle patches as worn by units of the 51st

Battle patches as worn by units of the 51st (Highland) Division. Extract from war diary of 1/5th Gordon Highlanders, National Archives WO95/2881

An extract from Pte. MacPherson's Diary of Active Service detailing his movements between 29th February to 4th March 1916 as the 9th Royal Scots joined the 51st (Highland) Division.

The Division was moved to the Somme on 12 July and took part in a three division attack on High Wood on the night of 22/23 July. The attack was repulsed.

The Division took part in the Battle of Ancre on 13th November where the successful assault on Beaumont Hamel gained it a huge reputation.

Through 1917 the Division fought at Arras, the Third Ypres/Passchendaele and the Battle of Cambrai (The Division’s attack on Flesquières).

The Battle of Arras [Chapter]

The role of the Division was to capture the southern shoulder of Vimy Ridge, facing a heavy enemy barrage and in places four lines of trenches.

The Third Ypres, also know as Passchendaele, was fought between 31 July to 10 November 1917. The 51st Highland Division was involved in two of the battles in the earlier stages; the Battle of Pilkem (Passchendaele) opened 31 July and Poelcappelle 20 September 1917.

Description of the 51st Highland Division action at the battle of Cambrai, 20th November 1917 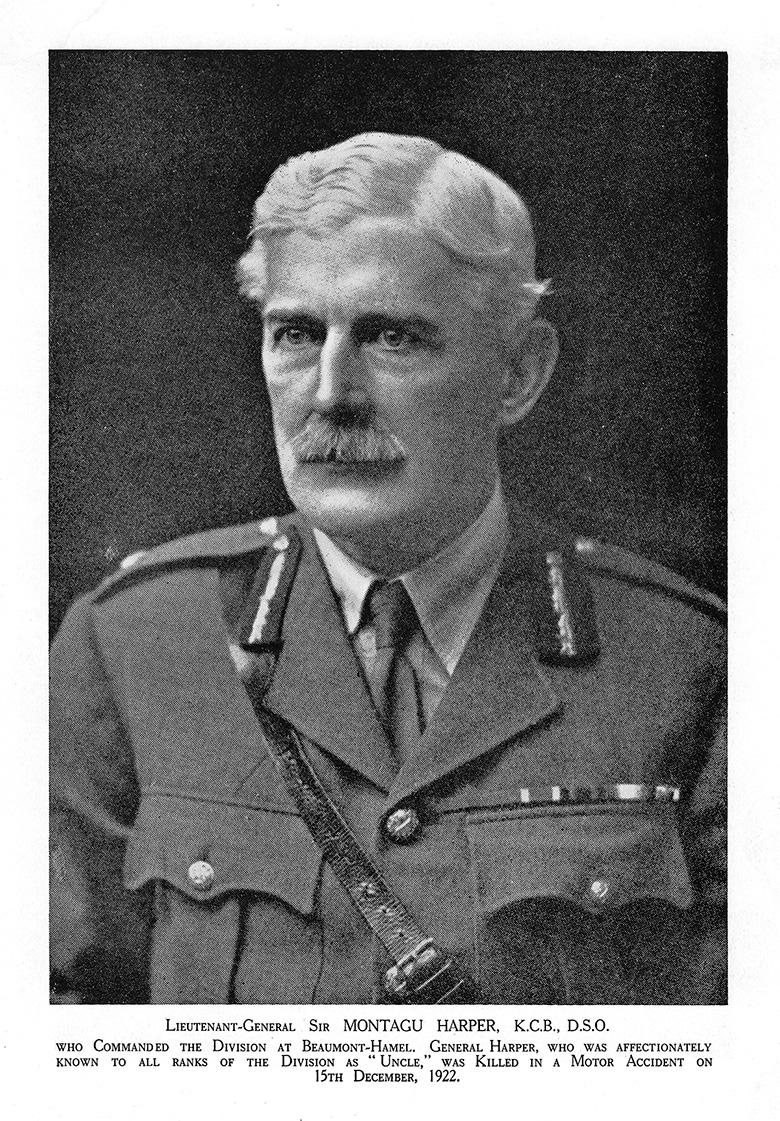 THE DEPARTURE OF MAJOR GENERAL HARPER

From 'The History of the Fifty First (Highland) Division' by Major F W Bewsher D.S.O., M.C.

There were strong feelings towards the General which animated the Division other than those of confidence in his command, and deep respect for his qualities as a soldier. General Harper's personality was one which won for him the genuine affection of all ranks with whom he came in contact. In constant touch with his troops, both in and out of the line, he was known personally to many of them. He never confined his conversation with them to matters of military interest alone, and in consequence they appre­ciated that he regarded them in the light of normal sym­pathies, and not merely as units in a fighting machine.

It can safely be said that the Jocks regarded "Uncle" or "Daddie," as the General was known to them, not merely as a commander in whom lay the origin of their success, but as a friend who had their constant welfare in mind.

Being in the IVth Corps the Highland Division now found General Harper as its Corps commander, and fought its last fight under him in those very trenches which had been constructed under his presiding genius. 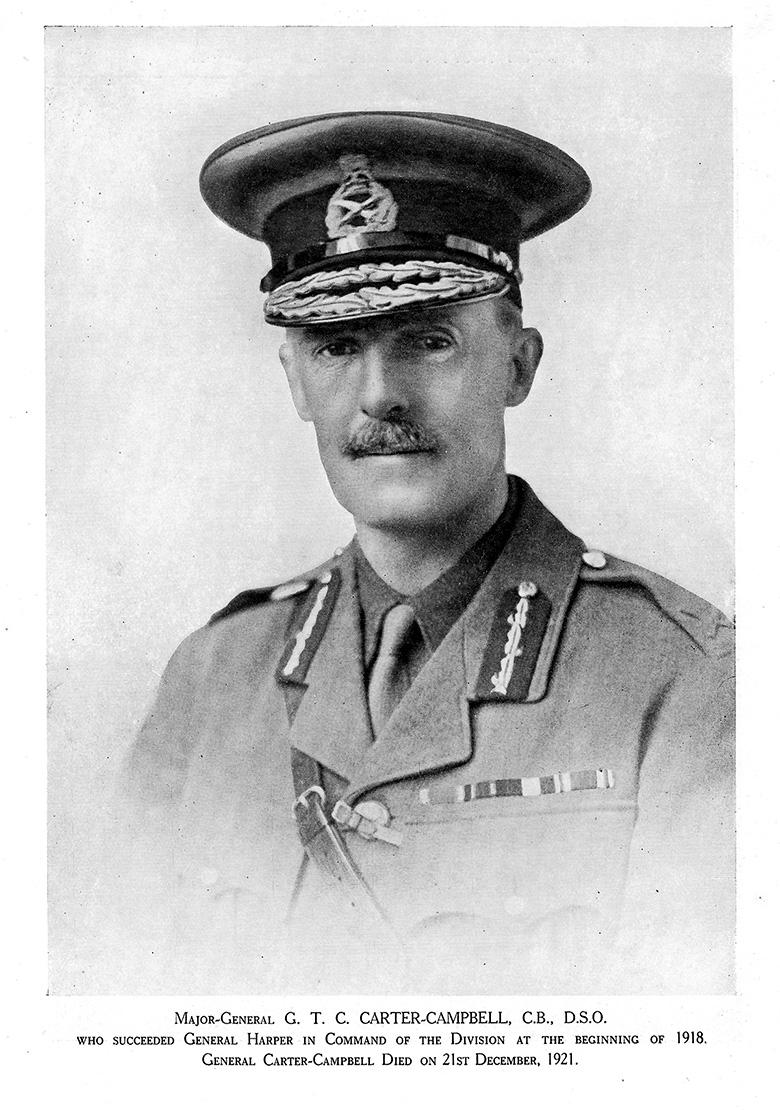 General Carter-Campbell could not have been more un­fortunate in the period in which he took over command of the Division than he was. Within a few days of his arrival tremendous losses were sustained in the German offensive in March, only to be followed by a further engage­ment in April with an almost equal number of casualties.

During the afternoon of 20th March a scout of the Black Watch, lying out in No Man's Land, observed between 6000 and 7000 men, not wearing their packs, enter the enemy's trenches. It was therefore evident that the enemy was assembling for the attack.

The Battles of the Marne [Chapter]

The Last Month of the War [Chapter]

In 1919 the Division was demobilised reducing it to a cadre and it reformed in 1920 in Scotland as part of the Territorial Army.