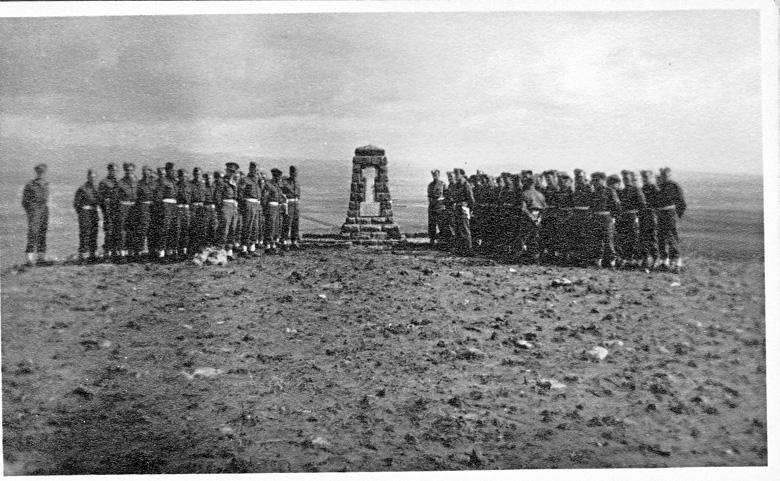 This photograph was kindly sent to us by Janet Cardigan. The photo belonged to Janet's Uncle (George Edward Stone) who was with 239th Field Park Coy Royal Engineers.

The total casualties of the Division in the campaign had been 124 Officers and 1312 other ranks. 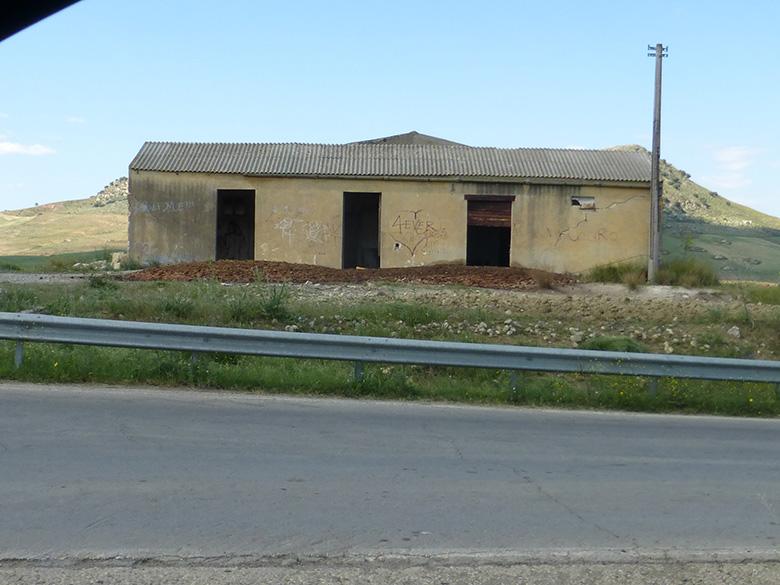 Thanks go to Major Hugh Rose

The following was kindly provided by Major Hugh Rose, a former officer of the Black Watch.

"The nearest place you can get to it by car is along farm tracks to the barn at N 37°  28.662'  E 014° 45.465'. The turning to the barn off the Sferro road is by a ruin (pictured) and there are now a couple of windmills along the ridge from the memorial the other side of the olive grove. The memorial is 200m away across a field on the scarp edge - the inscription is getting a bit worn. It has actually been marked on Google maps (see below). The road to the ruined pink house is locked like everything else in Sicily! A farmer came to chase us away when we parked but was quite happy when we explained where we were going." 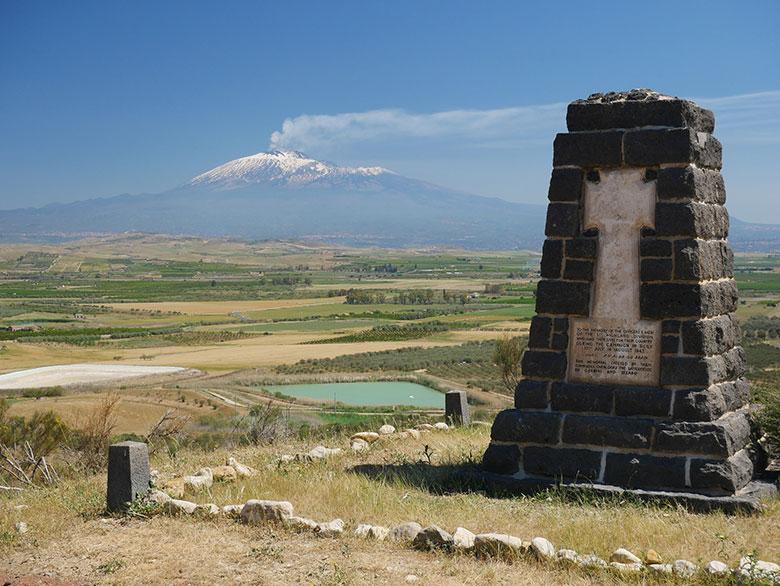 This photo of the Memorial in the Sferro Hills was kindly sent to us by Pat Miller and was taken in April 2018. 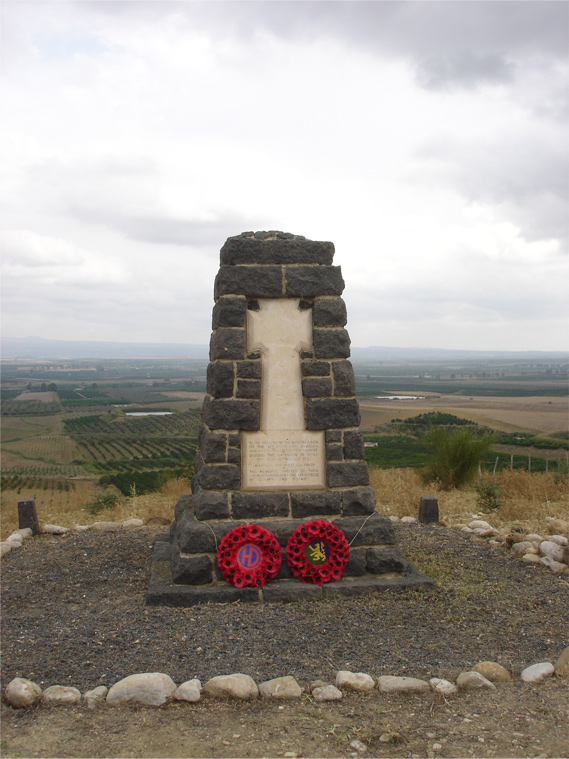 Read about the action in the Sferro Hills in our history section :-

Description of the Battle for the Sferro Hills, late July - early August 1943 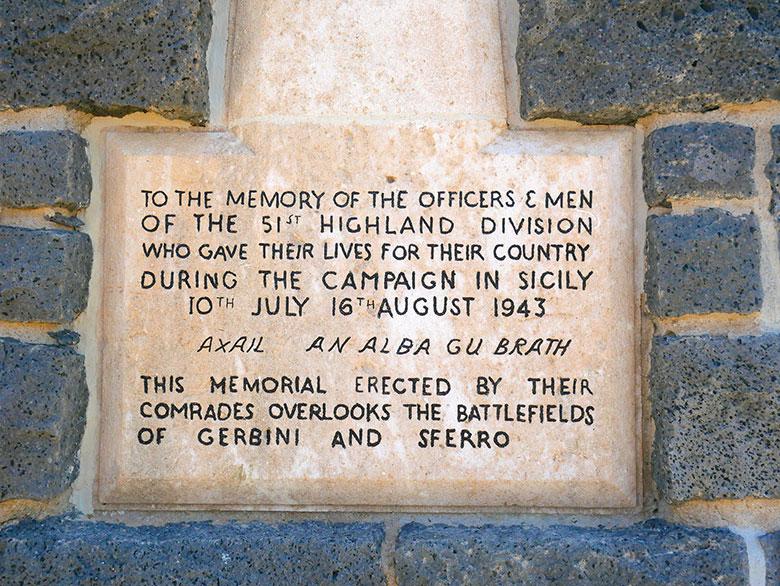 The inscription on the memorial at Sferro is badly worth but appears to read :
"To the memory of the Officers & Men of the 51st Highland Division who gave their lives for their country during the campaign in Sicily 10th July - 16th August 1943 - Axailh An Alba Gu Brath - This memorial, erected by their comrades, overlooks the battlefields of Gerbini and Sferro."
Note - the inscription appears to have been painted some time during 2017 / early 2018. The meaning of the word 'Axail' (if indeed it is that as this section is extremely worn) is not known and does not appear to be Gaelic, however, 'Alba Gu Brath' is a Gaelic expression of allegiance to Scotland.

Note - The inscription on the Memorial appears to have been painted some time during 2017 / early 2018.

We are regularly asked about the meaning of the word 'Axail' in the inscription. The inscription is heavily worn on that section so it is not entirely clear as to whether the work is indeed 'Axail' as there are markings before and after this word that have not been painted in. Unfortunately the meaning of this word is not known to us. It certainly does not appear to be a common Gaelic word, however, 'Alba Gu Brath' is a Gaelic expression and is a statement of allegiance to Scotland.

It has been suggested (by Pat Miller who kindly sent us the above photograph) that perhaps this word could in fact be the Gaelic expression "Mo Cridhe" rather than "Axail" since there appears to have been a letter "M" at the beginning of the line at some point which can just be made out in the photograph of the inscription. "Mo Cridhe" translates to "My Heart" which could be a plausible suggestion.