This reformed division had the following orders of Battle :

The newly formed 51st Highland Division took on a training and home defense role between 1940 - 1942 before it would eventually be given the role of challenging Rommel in North Africa. 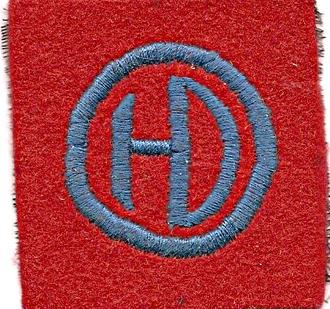 Several years ago one of the 51st Highland Division and Ross Bequest Trustees, Lieutenant Colonel G S Johnston OBE, TD, showed me an unusual shoulder flash, a blue HD on a red background.

I assumed for some time that this might have been specific either to his late father's regiment, 61st (Highland) Anti-Tank Regiment RA, or more generally to R.A. regiments in the Division. 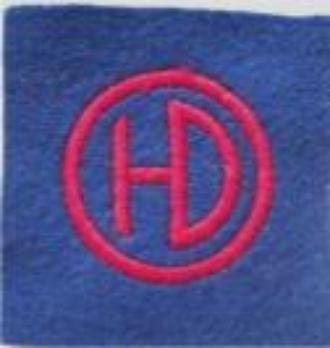 51st Highland Division Shoulder Flash, red on blue background in use after the division was reformed after St. Valéry 1940, incorporating the Territorial 9th Scottish Division with the remains of 51st Highland Infantry Division.

Recently I was given a copy of "The Story of an Artillery Regiment of the 51st Highland Division" - 128th (Highland) Field Regiment R.A. where I came across the following:

"Our Divisional Shoulder Flashes were alike to those worn by the 51st, except for the difference which was reversal of the colours; the "HD" and surrounding "Circle" in "Blue" and mounted on a "Red" background."