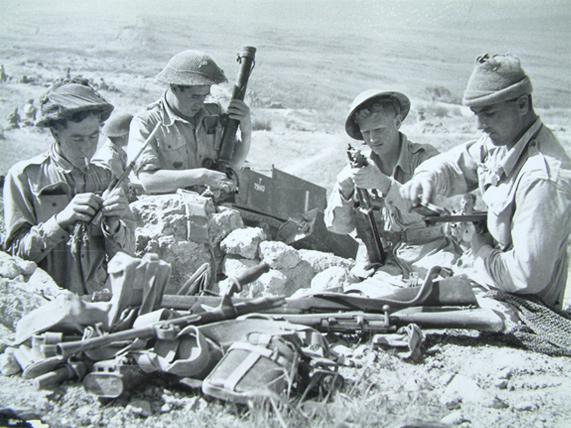 In the wake of the Wadi Akarit battle the armour took up the pursuit. However the physical bottleneck of the position was difficulty to negotiate and allowed the enemy to use armour and artillery to slow down the advance. The road was cratered and on 9th April 1st Gordons with 23 Armoured Brigade met a strong rearguard at Wadi Cheffar. The tanks could not get forward but 1st Gordons put in a strong attack and the enemy withdrew. This opened the way to the city of Sfax and 1st Gordons were first in to the city.

Various messages of congratulations to the Division now followed. The division stayed in reserve in the area of Sfax while other pressed on. 30th Corps took Sousse on 12th April. The enemy had a line in front of Enfidaville. The 1st Army was approaching Tunis from the west. Enfidaville was attacked by the 8th Army on the 19/20th April. Despite the capture of the town the enemy retained a strong position inland.

The next night the 51st Highland Division relieved the Indian and New Zealand Divisions in the area of Enfidaville. While the firing continued the Division was relived by Free French troops in early May.

A set of photos from Gunner Bob Trigg of 61st Anti-Tank Regiment in North Africa prior to embarkation to Sicily in early July 1943.