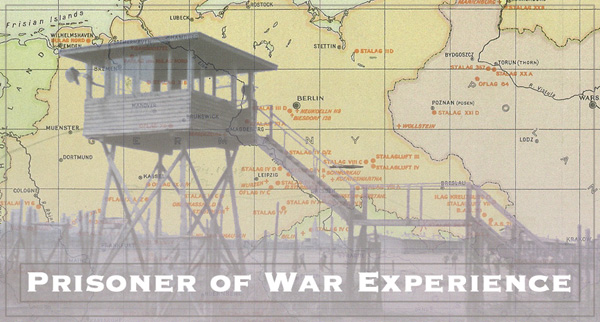 While part of the 51st Highland Division, Ark Force, escaped capture at St Valéry and returned with the reformed 51st Highland Division to continue the war in North Africa and Europe for many their war would continue in captivity for the next five years. Some would escape, some successfully other to be recaptured, others would die in capacity while many would have to endure varying prisoner regimes before finally being repatriated at the end of the war. There are many personal tales to be told and this section of the web site can do no more than shed a little light on some of them.

This map, published in June 1944 by The Red Cross & St.John War Organisation, shows a map of Principle Camps for British & Dominion Prisoners of War in Europe. 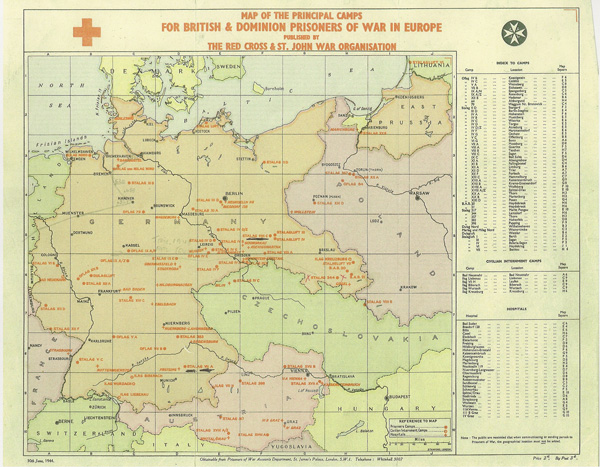 Map of POW camps in Europe

Corporal Jack Kidd's personal accounts of joining the Division in 1938, the surrender at St. Valery 1940, the journey into captivity as a WWII POW and the final forced 'Death March' or 'Thousand mile march' in 1945 as the German Guards retreated.

The story of Gunner Henry Owens - from his volunteering in 1939, through the capture at St Valéry, to life as a POW and finally the long march back from East Prussia into Germany, from where he was finally repatriated in 1945. It includes photos and copies of original documents as well as extracts from personal letters of the time.

A personal account by Major E.R.C. Walker, R.A.M.C. dealing with the Medical History of 500 British Wounded Prisoners of War from June 1940 to June 1941