We were very kindly contacted by John Brotherston to enquire as to whether we were aware of a unique piece of audio history, documenting a commemorative unveiling of the memorial at Beaumont Hamel. 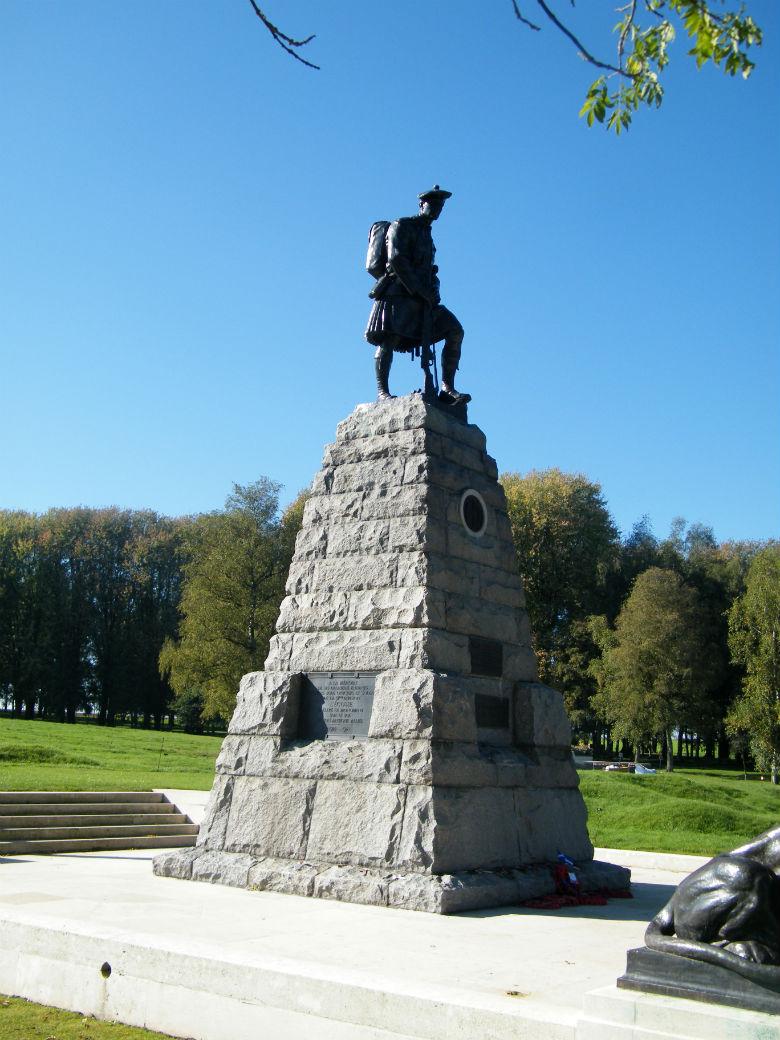 Memorial sculpture by G.H. Paulin. Unveiled at Beaumont-Hamel in 1924 by Marshal Foch.

In John’s own words…

"I obtained the recording from my father over 20 years ago. He had it on an old reel to reel tape machine. I have no idea how long he had possession of the recording.

"Since my father's death in 2006, I have hunted all over the internet to see if a copy existed elsewhere. I have tried all search acronyms in many different search engines but to no avail. I have come to the conclusion I must hold the only copy. That said it would not be inconceivable for another copy to be somewhere in someone's attic.

"In 2007, I had a colleague re-copy the old tape from my father's old machine and convert it into the CD,MP3 format."

Unfortunately, John goes on to say the reels were destroyed some years ago by mistake so no clues as to their original origins could be gleamed from the tapes themselves.

John contacted us again the following summer with an interesting additional piece to add to the puzzle...

"After an extensive and fruitless amount of research, I could not find any info on the recording, however, at a chance meeting with a chap at the Thiepval Memorial on the Somme, it appears I have found the answer to its origin. The words came from a Remembrance book published at the time of the unveiling and the chap who I met sent them to an Iain Anderson at BBC Radio Scotland in the 1980s. He read the words out on his show, and backed the text with pipes which now make sense of the recording quality. I can only quote my original submission that [the recording] came from my father’s collection with no history of where it came from. Still, I think it is a fitting tribute and a copy should be held by your website/museum for posterity."

A subsequent attempt was made to contact Iain Anderson, via BBC Radio Scotland, to clarify the origins of the recording however no response was gained.

Since originally publishing this page we have been contacted by John Anderson, son of Iain Anderson, to confirm that it is indeed the voice of his father in the recording (see below).

John kindly gave us permission to place the audio file on the website, however, downloads have been prohibited. We have made the audio available to listen to via the site on the assumption that, as the copyright holder could not be traced, we are doing so under no violation of copyright law. Should you believe this situation to be incorrect please do get in touch.

Since publishing this web page it has been confirmed that the audio recording is in fact a reading from the original programme for the unveiling ceremony on the 28th September 1924. The extract can be found on page 14 of the booklet, a scan of which has kindly been sent to us from John Brotherston. 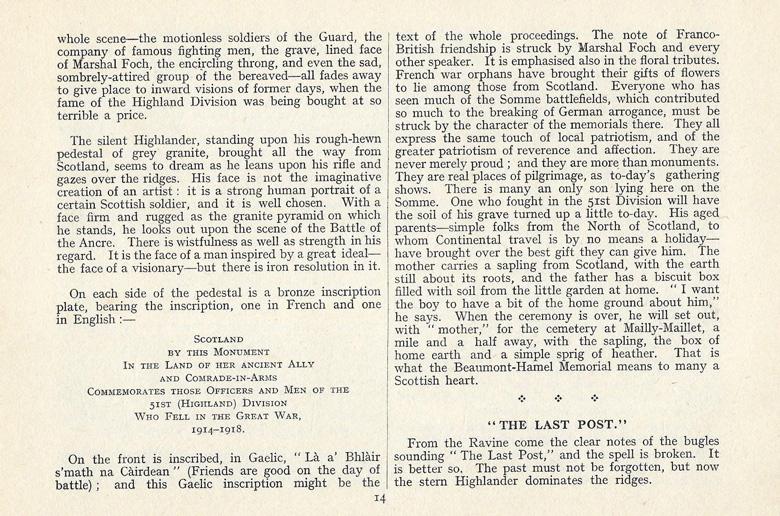 Extract from a copy of the original ceremony programme for the inauguration of the statue in the Beaumont Memorial Park in France on Sunday 28th September 1924.

Kindly sent to us by John Brotherston

In June 2020 John Anderson kindly got in touch to confirm that the voice in the audio recording is that of his father, Iain Anderson. John went on to say:

"I know the recording very well as I take school pupils out to the WW1 battlefields every year and use this recording when standing at the memorial on the Somme (I am a secondary school History teacher)."

A unique piece of audio history in the form of an audio recording, documenting a commemorative unveiling of the memorial at Beaumont Hamel.