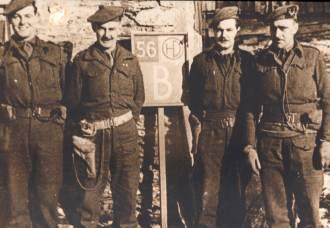 An extract from the 2nd Bn. The Seaforth Highlanders' War Diary covering 18/19 Feb 1945 during the final stages of Operation Veritable and the Attack on Goch.