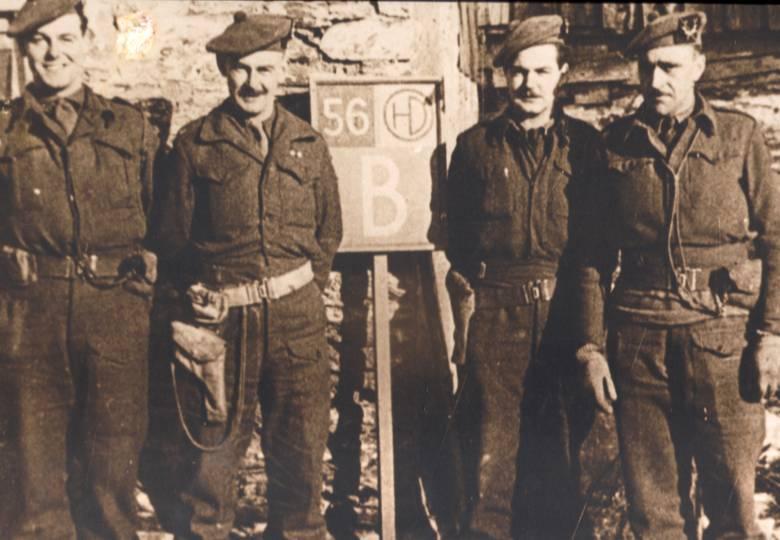 The following was received, with thanks, from Allan Macintyre, the son of the late Major Donald Macintyre MC, with an introductory note :

"My late father, Major Donald Macintyre MC, originally commissioned to the South Staffordshire Regiment joined 2 Seaforth Highlanders when 59 Division was disbanded in August 1944 to meet the serious manpower shortages of other infantry units.  He commanded 'B' company 2 Seaforth Highlanders under Lt Col Geordie Andrews DSO until he was wounded in the Brigade's 18th February 1945, night attack on Goch." - Allan Macintyre.

0130 - F Ech ordered fwd but delayed by 5 CAMERONS who were now moving fwd as PHASE III.

1300 - GOC 51 (H) Div visits the Comd Post and speaks to Coy Comds about coming Ops. Quiet afternoon and evening. All ranks endeavoured to get as much rest as possible.

Adjt will recce fwd assembly area in HERVORST and will move with Tac Bn HQ. IO will remain with F Ech. 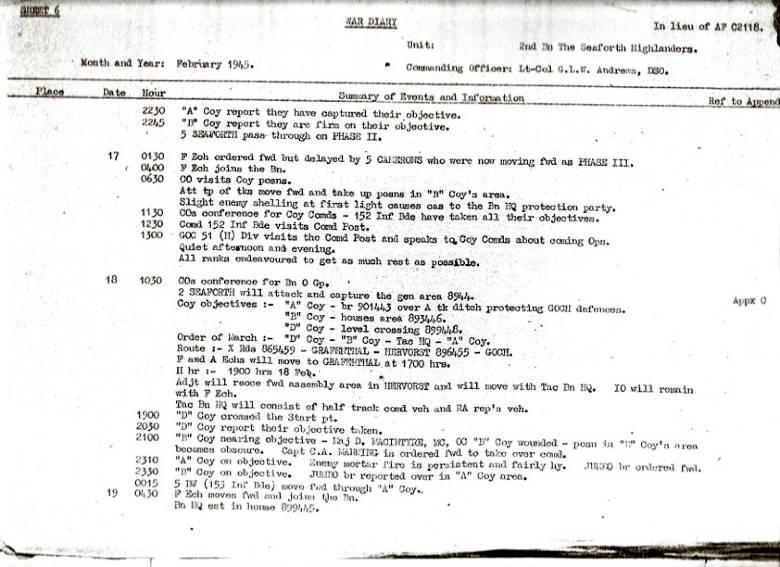 An extract from the 2nd Bn. The Seaforth Highlanders War Diary covering the 18/19 Feb 1945 during the final stages of Operation Veritable and the Attack on Goch.

Goch was planned as the Divisions final objective in Operation Veritable. The task fell to 153 Brigade...

An extract from the 2nd Bn. The Seaforth Highlanders' War Diary covering 18/19 Feb 1945 during the final stages of Operation Veritable and the Attack on Goch.