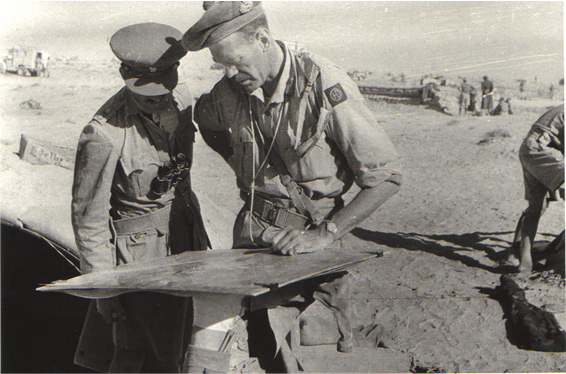 Major General Wimberley, MC, GOC of the 51st Highland Division discusses a point on the map with one of his officers at Divisional Headquarters.

Rommel's next defensive line after retreating from Tripoli was close to Medenine, a narrow point between the coast and the Matmata hills.