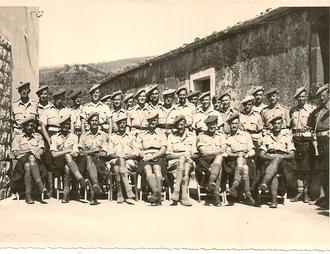 Major General Wimberley, affectionately know as "Tartan Tam" for his determination that the Division would wear the kilt, had commanded the Division from its England through North Africa and Sicily. On his departure he published the following farewell messages to his Jocks...