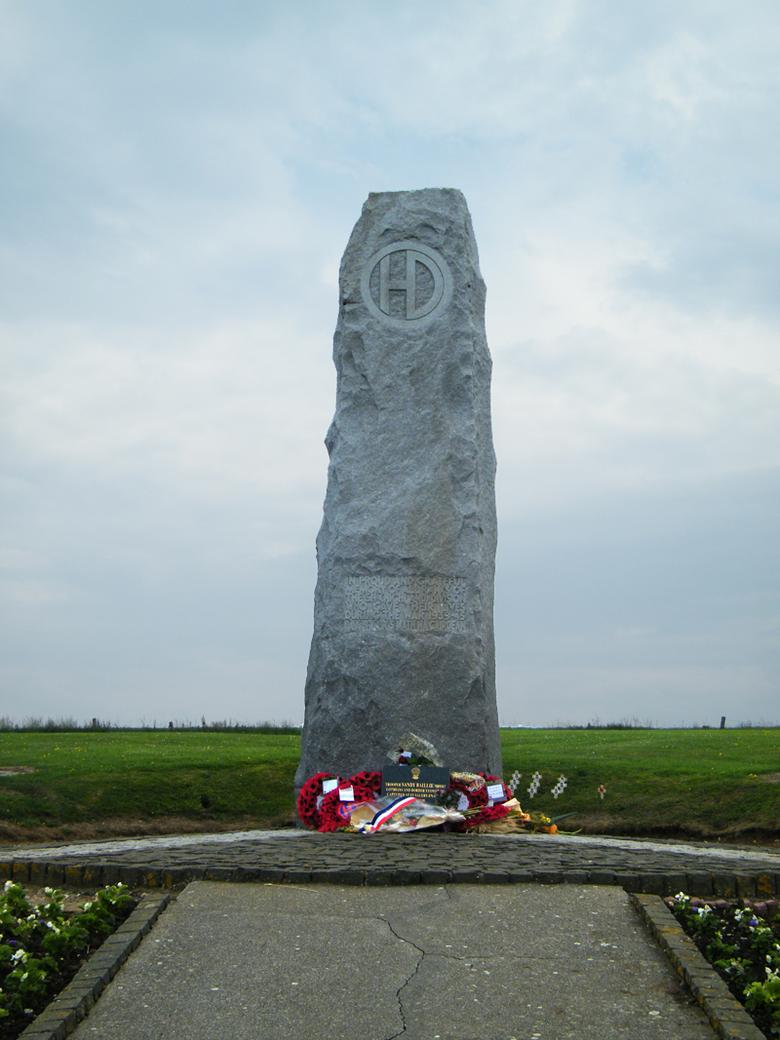 51st Highland Division Memorial at St. Valéry. The inscription reads "In proud and grateful memory of all ranks of the 51st (Highland) Division who gave their lives during the war 1939-45"

On 12 June 2010 at St.Valéry veterans and families were joined at the 51st Highland Division memorial and at the cemetery for a service and wreath laying by dignitaries from France and Scotland. These included Bruce Crawford MSP, Minister for Parliamentary Business, the Provost of Inverness, Jimmy Gray and the Commander of the 51st Scottish Brigade, Brigadier David Allfrey.

Leading the veterans was Dr. Tom Renouf, Secretary of the St Valery Veterans Association - you can read an account given by Dr. Tom Renouf (then Private Renouf) of his experience with 7 Platoon, "A" Company, 5th Black Watch during the Ardennes Campaign within the History section of our website.

A Service of Remembrance was held in the town's church, which has the stained glass window given by the people of Inverness in memory of the 51st Highland Division and the veterans were guests of honour at a civic reception.

To coincide with the Anniversary a group about 40 students and staff from the Aberdeen Universities Officer Training Corps (UOTC) were at St.Valéry to commemorate the event and take part in a battlefield tour. Their Drums and Pipes played at all the formal events, including a wreath laying ceremony, evidence of which can be seen at the base of the monument in the photo above.

The UOTC drum and pipe band also played in the town square where UOTC dancers did the Reel of the 51st before encouraging the locals to join in. STV and a number of newspapers have provided very good coverage of the events of the day - links to which can be found on our twitter.com/51HD feed.

Read about the key events relating to St. Valéry :

The Division landed in Le Havre in January 1940 as part of the British Expeditionary Force [B.E.F.] before being deployed into the defensive line to relieve the French 21st Division between Bailleul and Armentiéres. This section includes a number of personal accounts of key operations and the eventual retreat towards St. Valéry. 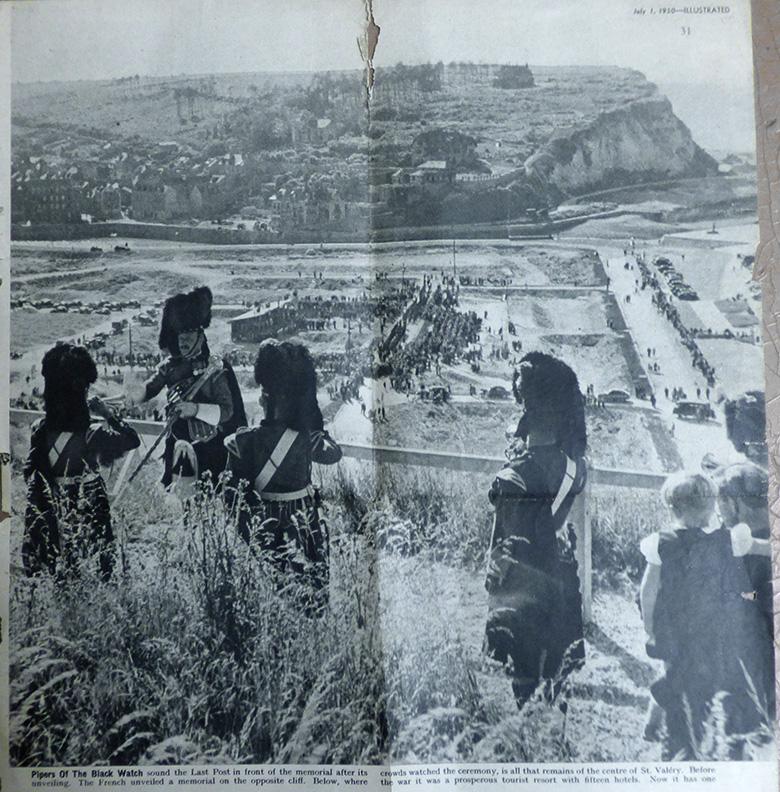 A photograph of a press cutting, looking down on the devastated St. Valery on the occasion of the unveiling of the 51st Highland Davison Memorial in 1950