The following citation was sent to us, with thanks, by Allan Macintyre, the son of the late Major Donald Macintyre MC.

On the night of 23/24 March [1945] Capt. Donaldson was a subaltern in ‘B’ Coy. His Coy. Comd. was wounded crossing the Rhine, and evacuated while Lt Donaldson was forward on reconnaissance. Lt Donaldson took over the Coy. on the start line only a few minutes before the advance to the objective started. The Company’s task was to force its way to the main road 1 mile North of REES by a large factory - seize the main road bridge over the A/Tk ditch north of the factory and remain with another Company astride the road - the enemy’s main line of retreat from REES. Lt Donaldson immediately took a firm grip of the company and in spite of a sudden change of plan quickly took his objective. Further he immediately organized an attack on the bridge which was seized intact in face of stiff opposition. Returning from that he organized his Company position so quickly and effectively that a large number of prisoners were taken in a very short time. When daylight came the Company were subjected to constant and heavy shell and mortar fire two enemy SP guns appeared in front of Lt. Donaldon’s Coy. firing over sights.

No A/Tk guns had come up from the river. The position however, was held against all the enemy’s efforts to dislodge the Company.

Lt. Donaldson was everywhere encouraging his men. Constantly under small arms fire and almost always in the midst of shelling and mortaring he moved about encouraging his men. His coolness, courage, and unflinching devotion to duty were a tonic to which his men were not slow to respond. The position was held. 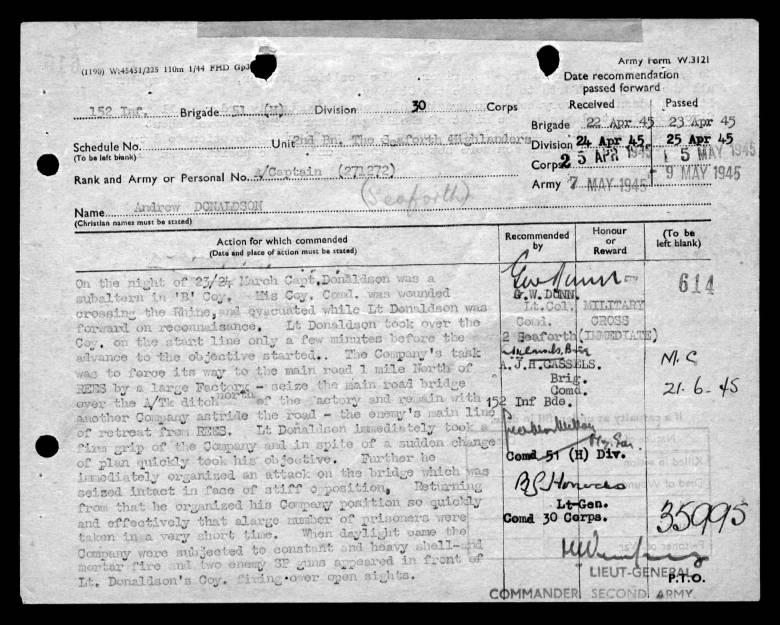 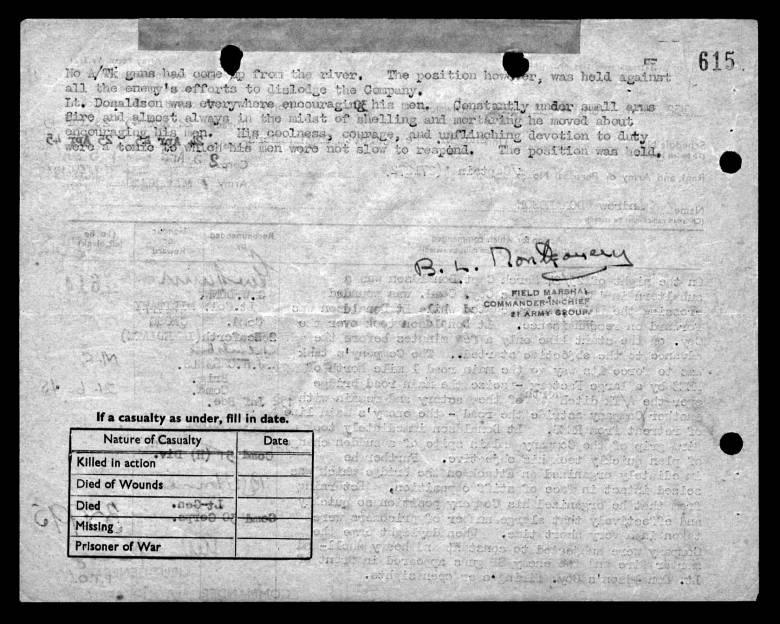